So we all know about product placement and the techniques of branding that companies use, like well designed labeling and the weight of price over value, but what you don’t know is to what effects marketing tactics like these can have on an unsuspecting customer base.

What do I mean by this? For example Hyundai uses the same tactics to market their cars to not only the new younger generation but to those worried about the class status of their vehicle and what it in turn says about them. Like the design of a Hyundai but fear that you will be looked down upon for owning a cheap Korean car? Well look no further because for people who can’t tell the difference between a Mercedes Benz and a Hyundai without the hood ornament, all it takes is a new symbol.

The reason why I know it is working is because not only have people in LA been embracing the new design but because people who know me send me pictures of new Hyundai’s thinking it is a more expensive car that I might be interested in taking a look at. Yes, it’s happened. To the average Joe Shmoe the new Hyundai Genesis has the look of a brand new luxury sedan. The body shape of the Hyundai Genesis is basically the love child of the Toyota Camry and the Mercedes Benz S550 plus or minus an awkward looking grill 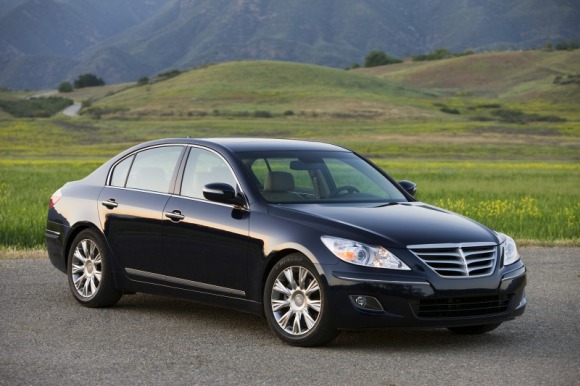 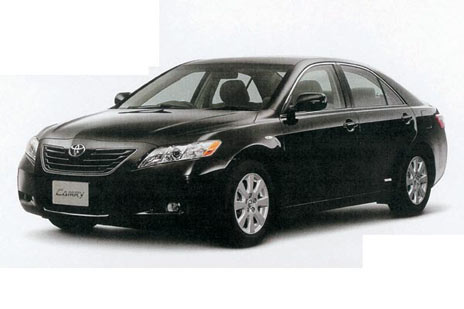 See the resemblance? But by taking off the Hyundai symbol that used to come on the older models it has boosted sales incredibly. When the Hyundai Genesis first went on sale August of 2008 sales were dismal but now but sales rose to over 21,000 vehicles in 2009 and they are expected to sell over 50,000 units every year from here on out. That’s a big jump from 6,000 units in 5 months.

But the marketing ploys don’t stop here. Toyota has the Lexus, Nissan has the Infinity so Hyundai wanted their own Premium Brand name as well so they created the Equus brand.

But instead of being original they have borrowed from many designs to make only an inferior copy of greatness. Basically they’ve made a rear wheel drive platform vehicle copy to try and sell to the mass population as a luxury sedan.

-The name itself is a Latin term meaning horse or steed. (Real Original).

-Mercedes S Class body frame from the top/front & BMW 5/6 series frame from side and back.

-Double between Lincoln grill and the split grill BMW is known for.

It’s one thing to pay $34,000 on a car that looks expensive (Genesis) but it’s another thing to spend twice that on something that is basically the same but just has a V8 instead of a V6. Did I mention you get better gas mileage from the Genesis?

It’s hard to find anything that offsets the Equus from the Genesis. There is no WOW factor, even reviewers claim that this is the new Mercedes. Just because you copy the shape and look does not mean that the S class is replaceable. There is a reason the Mercedes Benz S Class keeps winning the Best Luxury Sedan of the year award.

For people who know nothing about cars and want to believe that the Hyudai Equus is better than the Mercedes Benz S Class, they can go right ahead into thinking so. Don’t fall for the branding marketing ploys of Hyundai.

Low Torque, Inferior Interior, no All wheel drive = THAT is what you’re getting from the Equus.

Coming from a family who owns multiple S Class Mercedes, never have they disappointed me in horsepower, interior design or driving capabilities.