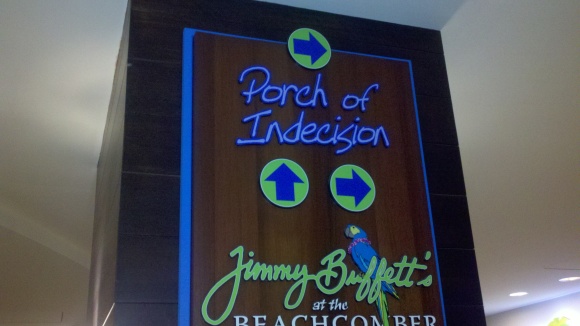 This is what I saw on the way to the Magic of Polynesia show at the Holiday Inn in Waikiki.

I want a “Porch of fuckin Indecision”!

Which isn’t very often but when the time comes it is pretty handy. 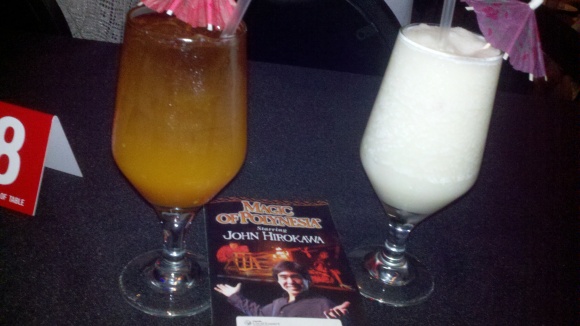 Had a drink since it was my birthday but it was WEAK!

I couldn’t even taste the alcohol. If I’m paying $10+ dollars I want to be able to taste the Rum in there.

I guess it is what it is.

It was a pretty entertaining magic show. Mark remembered that I liked magic and since I went to the Magic Castle for my birthday last year it was a nice treat to have a little tradition going on for my birthday celebration.

They also had Polynesian dancers which was a nice touch.

They don’t change their flavors but I guess it’s kind of hard when you’re on an island. But I’m not complaining…they have both the Birthday Cupcake Batter and the Red Velvet Cake Batter so I am a happy camper!

It’s a nice long walk down to Yogurtland so it always feel like a bit of a reward.

And guess what I came home to the other day? 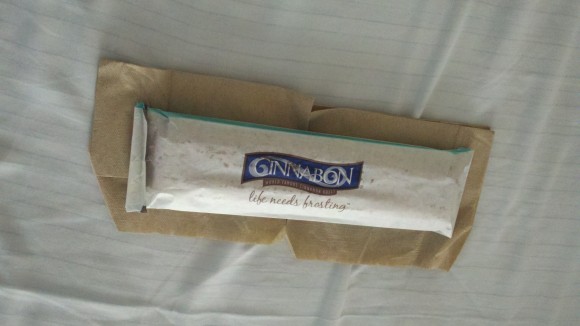 Isn’t that the sweetest thing ever? They were pretty delicious too!

AH! MAY IS CHURRO SHAKE MONTH AT THE COUNTER!!!! NOOOOO!

There is one thing that sucks about Hawaii. They keep playing all these commercials for different restaurants that don’t exist here in Hawaii.

And just as I typed that a Sonics commercial came on.

I can’t even remember all of them! Meh. It’s okay.

But look what Mark got me for a belated birthday gift while I was getting my hair and makeup done?

He got me a Tokidoki x Barbie shirt! It’s so cute! Haha it even kind of looks like me. Yay. Haha.

All in all I had an amazing birthday!