The Unicorn may be down for the count but don’t count the Twolves out just yet!

A lot of fans were heartbroken at the loss of Ricky Rubio for the season, (and to be completely honest, I wasn’t one of them). I mean they call this a blog right? I’m being honest, don’t shoot me for it. But where as a lot of fans gave up hope of the Timberwolves being playoff contenders this year, I didn’t realize why everyone gave up so easily. Yes, Kevin Love can’t carry the whole team by himself. Yes, they need another young amazing point guard but was it quitting time already? I mean, I’m not even a Timberwolves fan but I wouldn’t give up on my team THAT quickly. Dear lord, it’s just one rookie. If you hold so much weight on just one player, you know there’s something wrong with how players are valued. It’s a TEAM effort people. Otherwise every game would be a 1 on 1 of every teams best player. What? Are we supposed to believe that a single player carries the whole team? (Not unless you’re Lebron James!) Haha. But anyways, the Timberwolves are doing just fine and everyone is pulling their own weight as well as supporting the rest of the team LIKE HOW A TEAM SHOULD BE. Of course they’re not going to be Championship contenders but we all know only a few select teams are even close to that. We watch the NBA to support the game as well as our favorite teams and players but this isn’t the end of the world. With this super compact season, players are getting injured left and right. I mean now we have 2 masked villains in LA. The Mamba and the CP3? Haha.

AS LONG AS THEY WORK ON THEIR FREE THROWS and keep up the team work, they will be fine.

Kevin Love was struggling in the first half and his shooting was 5-13 but as he made his way into the second half of the game he managed to turn it around into shooting 11-23, not GREAT but better than where he was at the start of the game.

And surprisingly Pekovic has been playing well the whole game making 24 points (11-17), 8 rebounds, 1 assist and 2 steals.

Love + Pekovic was a great matchup against Nash + Dudley

Steve Nash had 10 assists today. Too bad Amare is with the Knicks now… but Nash has always been amazing with assists, too bad it takes more than that to get a ring. Sucks but it’s the truth.

So basically, Timberwolves fans don’t fret. The season isn’t over yet.

You WILL lose to the Lakers this Friday making it a 19 straight win for the Lakers against the Twolves but that one was inevitable, Rubio or not. But they have an easy week up until they play the Thunder.

They play the Jazz on Thursday and they’ve been better than them so far so I’m sure it won’t be that big of a deal. As long as they keep up what they did today and play a good game then there shouldn’t be a problem in winning.

Oh and because this is somewhat related…

Kevin Love helped released the new Octopus at the Aquarium they have at the Mall of America.
(I’ve actually been there, it’s pretty neat. That place really is the biggest fuckin mall in America, dear god).

And the Octopus’ name is K-Love. Huh…

Oh well. Kevin Love fed it and gave it a basketball toy. Now we just need to wait 20 years for the octopus to grow to a ridiculous size so it can rape Kevin Love for releasing him into captivity. Sounds great. Maybe we should make a movie out of it.

Hollywood! I have an idea that doesn’t involve Jim Carey! Or maybe…

What’s the point of this blog entry?

Never give up on your own sports teams. 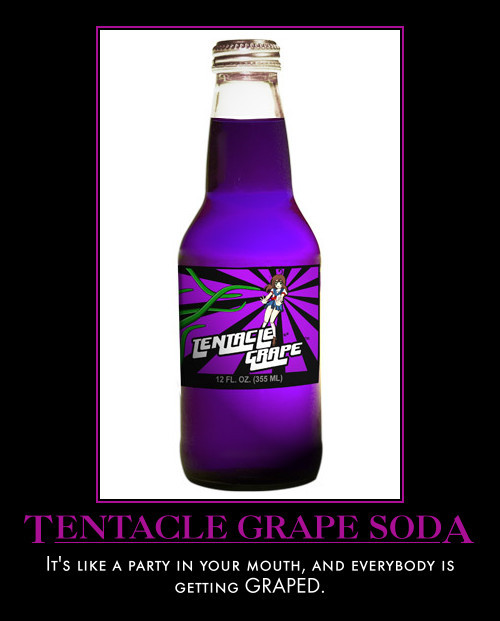 Brian: Stewie what are you doing?

Stewie: I’m just doing a little Tai Chi. You know how the Asians look 30 until their 60? This is why. Course then they suddenly look 100. But cross that bridge you know?

Brian: Is this a Japanese thing?

Stewie: No Chinese. The Japanese have a whole ‘nother thing going on.

For those of you who need an enlarged version: 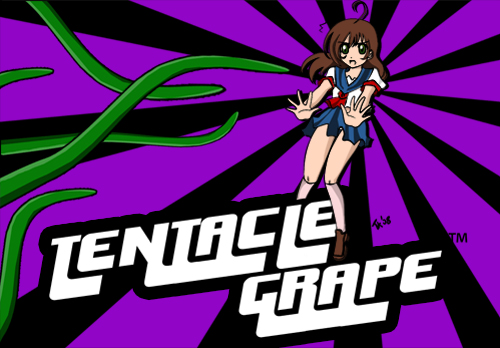 Oh Family Guy~ What would I ever do without you? There’s just something about Octopi molesting Japanese women…even back in the old days. What do you think inspired Picasso? It was Shunga, Japanese Erotic Art or more specifically Shokushu Goukan (触手強姦) which is tentacle rape. Even before the start of animated pornography it was Japanese art that influenced a whole new wave of art and culture not only in Japan but around the world. This style of art is usually a combination of the natural and sensual with the horror and science-fiction themed elements. Although some interactions are consensual most depictions are of the non-consensual sort. 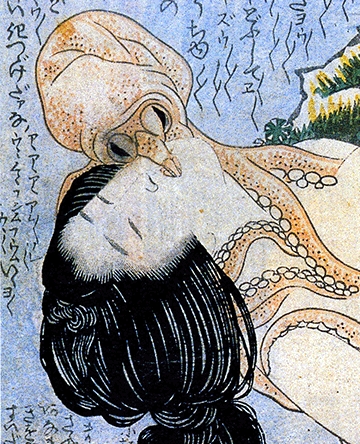 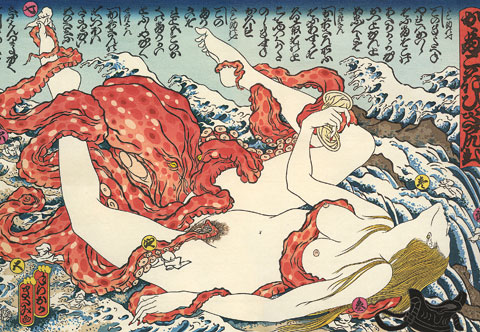