How can this end up with a 7 game suspension?

If you look at Ron Artest’s face it looks like he didn’t even know that Harden was there. He was just happy with his awesome play and reacted accordingly.

So what does this mean? Not only does he not get to finish the regular season if the Lakers somehow lose in the first round against the Nuggets the suspension will be good till the next season.

What the bloody hell?

Yeah he deserves a couple games of suspension without pay but 7 seems a bit excessive to me.

But it’s Artest, he’s no stranger to the flagrant foul…

I’m sure the Lakers will be fine now that Kobe is back in the game.

And the Hawks beat the Clippers!

Blake Griffin made 36 points and Chris Paul had 34 but IT STILL WASN’T GOOD ENOUGH TO BEAT THE HAWKS!

You know why? Because the Hawks had 4 players scoring in the double digits!

The Hawks had an overall better shooting percentage over the Clippers tonight.

And the Heat and the Celtics are going at it!

I was watching the first half at work and the Celtics were having trouble scoring ANY points but now they’re leading by 6!

They’re having a very low scoring game where the Thunder and the Kings are scoring like crazy!

But Lebron, Wade and Bosh aren’t playing today and Allen, Garnett, Rondo and Pietrus are out for the Celtics.

Living it up the only way I know how! 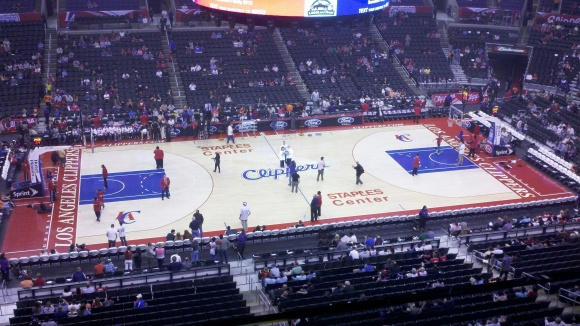 Hey you guys I’m sorry I’ve been gone but I’m alive and well!

My last days in LA consisted of going to a Clippers game and sitting in a Suite and eating tons of Korean BBQ. YUP! Be jealous!

And now I’m in sunny Hawaii soaking up the sun in my cowboy boots. Hahaha.

The NBA scene has been going crazy while I’ve been gone so I don’t even know where to start!

Oh no wait…I lied. I know EXACTLY where to start!

I was at the Clippers vs Kings game where Blake Griffin made that shot when he was down. Thank God it didn’t count for jack shit though. Yay!

That was a pretty amazing shot though. Especially when you get to sit so close to the center of the action!

It was fun seeing DeMarcus Cousins play too. And watching Blake Griffin miss his free throws made everything just THAT much better. Haha.

And while I’ve been gone the Celtics have managed to work their way up the Eastern Conference ladder while other teams seem to be losing their star players. I mean in one week Kobe Bryant, Kevin Love and even Corey Maggette is out. Not to mention the other people who have been knocked down along the way.

The only thing that sucks about being in Hawaii is that most of these games happen anytime from 10am to like 3pm my time. When am I supposed to watch these games? While I’m at work? Ugh…Whenever I have a chance to look at my phone to see the scores the games have already ended…that’s something that I’m going to have to get used to…it might take some time though.

And I’d still like to see the Bucks make the playoffs this year if at all possible…they just need to win their games and make sure that the Knicks keep losing.

But the Bulls had more players (5) having double digit scoring and the Bulls had a better 3 point shooting average which makes a big difference. 11 out of 22 3 points shots made is pretty impressive.

AND  OMG BYNUMS 30 REBOUNDS! That kid can only get better. I’m glad we didn’t trade you!

It was the Lakers first out of 3 games with the Spurs and Bynum killed it!

All 3 games that the Lakers have with the Spurs are all within a span of 10 days. As long as Bynum keeps up the good work we should have no problem taking out the Spurs for all 3 games.

It’ll be fun to see the Lakers play the Thunders as well on the 22th. 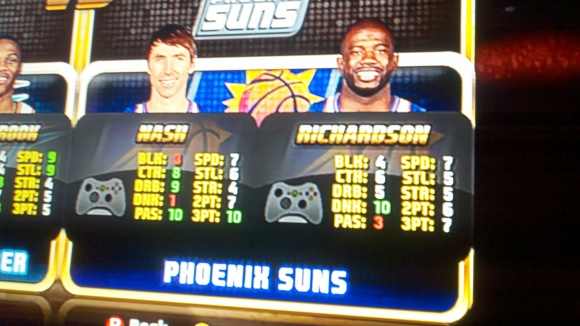 Speaking of the NBA…Mark bought NBA Jam so I’ve been watching him play and it’s pretty hilarious. They just use cropped photos of the heads of players and mount them on top of animated bodies. I’ll put a link to a clip but before I do that we just thought the lineup for the Phoenix Suns was so hilarious! It’s Nash and the dude who impregnated his wife. Ouch. Hahaha. Forever immortalized in an XBOX360 game…just priceless.

Or maybe I won’t attach a video…people keep talking over their videos and it’s kind of annoying. Meh.

And before I go this is the only picture I’ve taken since I’ve come to Hawaii. We stopped by Yogurtland yesterday and they had a Birthday Cake Batter flavor! YUM! We both mixed it with the Red Velvet Cupcake batter and it was like heaven in a cup. All it needed was a few sprinkles and a little drizzle of condensed milk to make it JUST right!

Now I’m going to back to playing Portal 2 a second time around! Thanks Mark!